So Kelly and I shift to Santorini. Hands-down, full throttle. S-curve roads to Ancient Thira, black beaches, red beaches, volcanic ash beaches. Every city is like the snow cap on a mountain top from afar, and a blinding white inferno from aclose. Renting that ATV on this island was the best travel decision we’ve made in our 15 countries together.

We took the ATV to every milimeter of the island. Little-engine-that-could’ing up the hills under the blazing sun. Pit stops in Fira to share a gyro with tomatokefteds: tomato,mint &onion fritters (but essentially little ecstasy balls from heaven). Sunsets in Oia at the western tip with only the Aegean to absorb the shocking orange rays. Winding back down highways under the stars. 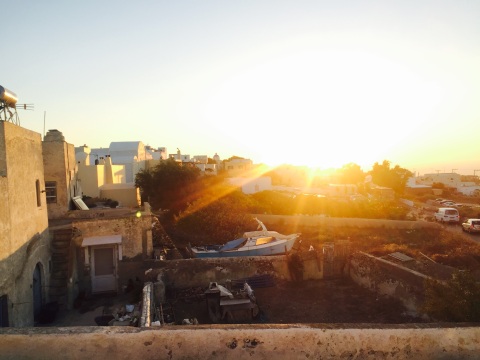 Our last day on Santorini turned into an accidental winery tour when we took a wrong turn and stumbled on some donkeys and a tiny winery with rows of grapes drying in the sun. 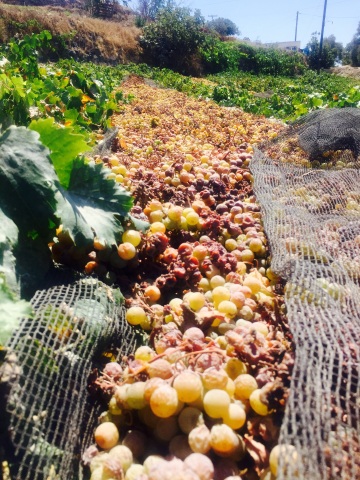 The Napa girl in me giddily leapt down to the makeshift cellar tasting room and greedily nodded at each offer of red, white, dessert and everything in between. The best insight my parents gave me before my trip was to try the white table wine in Greece. It actually may be the best advice they’ve ever given me because white is truly Greece’s color (and that’s coming from a snooty cab sauv lover). The grape doesn’t fall far from the vine.

After our hidden gem discovery, we made a brief stop at The Crazy Donkey- Greece’s first IPA brewery and craving quencher of our need for hops. This then led us to Santorini’s oldest winery and to Gaia, where we tried more delicious blancos on the beach. 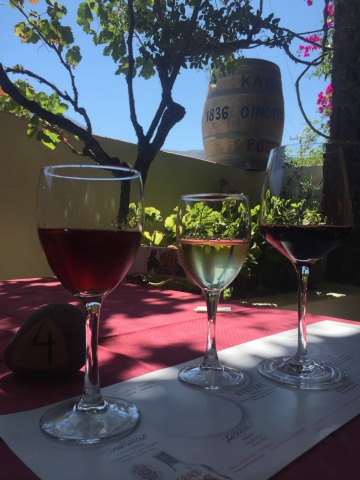 We finished the afternoon with a nap at the red beach 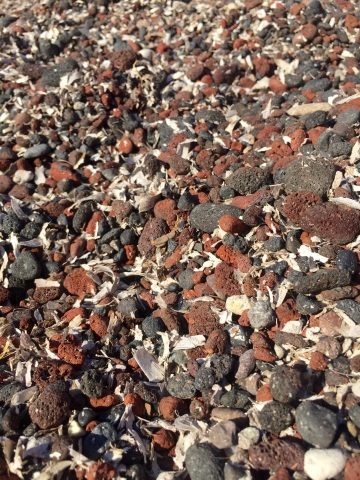 and dinner at a tiny restaurant outside of town where we tried mashed fava (an island specialty) that tasted beautifully like mashed potatoes. And then The Santorinian Salad entered our lives and they will never be the same.

The Santorinian Salad is a Greek salad but made with the local cherry tomatoes that only grow on the island and are unlike any other tomato in the world. They grow in the mineral rich volcanic ash soil which is apparently crack for baby tomatoes. It pains me that I don’t have the words to describe it.

It was 3 days of sun drenched, 4-wheeling, wine guzzling, tomato-fueled perfection and I wouldn’t have changed a santorinian thing. 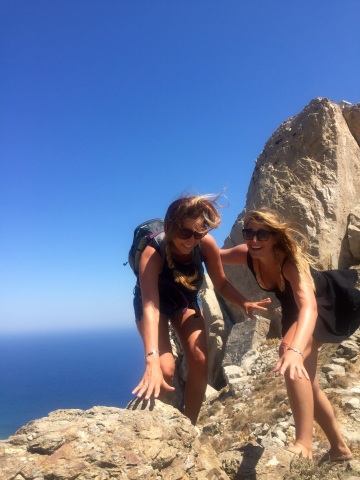